Outlets, like Kotaku, are reporting that Sony has finally broken its silence to say that they’re working on the PS4. It’s official.

Like with Nintendo, we all knew that they were planning something – it was just a matter of when the news would roll out. More info also comes from across the pond thanks to an investor’s briefing as reported by news site, Nikkei (via Andriasang), in which Chief Financial Officer Masaru Kato was quoted as saying “”It is no longer thinkable to have a huge initial financial investment like that of the PS3.”

It came as an answer to a reporter’s question on what the games division would continue to do to remain profitable. Kato had also mentioned the changing nature of the semiconductor market and the huge costs associated with it. It’s no wonder. In 2003, Sony had outlined their investment strategy for the Cell processor with a plan that would cost $1.7 billion USD. The high costs associated with the PS3 had also dragged on their bottom line for years, resulting in cost cutting measures such as the removal of backwards compatibility (the first generation PS3’s had a hardware solution for PS2 emulation).

Trying to Cut the Fat

Back in 2007, Bloomberg reported that Sony’s semiconductor business was 10% of Sony’s reported $70 billion in annual revenue and was seeking a way to outsource that cost to other fabricators – which they eventually did to Toshiba at the tune of $1.1 billion (and later, as reported in 2010, would buy back for an estimated $610 million).

Other companies outsourced by default to keep their own costs down – it was cheaper to design the chip you want and then contract a fab to build it for you. Sony’s heavy investment likely stemmed from their experience with the PS2 when there weren’t as many fabricators then to custom produce what they needed. But things are a bit different now.

In an earlier report that same year, Sony’s Executive Deputy President, Yutaka Nakagawa, had already stated that “Our basic understanding is that we probably won’t need to do everything by ourselves for next-generation chips.” So Sony’s been thinking about this for awhile, resonating with Kato’s statement above.

So what does this mean for the PS4? Will it be cheaper to manufacture? Companies have historically built consoles at a loss in order to gain that ever important foothold in the next generation via retail presence, third-party alliances, and first tier offerings hitting at launch. Even by not going the exotic route as Sony did, Microsoft sold their Xbox 360 hardware at a loss for years until, in 2006, it was reported that manufacturing improvements made it cheaper to produce by simply stopping the bleeding. That’s something of a victory.

Nintendo seems to have been the only one to hit savings early on. In 2006, Joystiq reported a post on NeoGAF that broke down the costs of the console, resulting in an estimated $195.99 – much cheaper than the retail $250 price that it was going for. Then again, the cost of the controllers, packaging, etc. weren’t factored in that particular assessment. Still, it’s reasonable to guess that their costs were much lower than Microsoft and Sony’s. By 2009, it was estimated to have trimmed 45% of its manufacturing costs, printing more money hats for Mario’s House.

So Sony has been thinking on how production will flesh out for the PS4, at least cost-wise, that could potentially make it easier on pocketbooks. But what else could trimming all of this electronic fat mean? If they’re shying away from fabbing their own hardware, does it also mean they’re giving up on designing radically new architecture like the Cell?

It would be a departure from the kind of thinking that had once dominated console design where the hardware was designed down to the silicon. Some of that is still done, but not to the extent that Sony has in developing their Cell processor. Microsoft, for example, opted to develop custom versions of existing technology for its own system – Intel processors for the first generation, then PowerPC variants for the 360. The Wii also uses a PowerPC variant which IBM fabs for them.

Developers have also cited how easy it is to develop for the Xbox 360 which is closer to being a traditional PC in a console, versus something as exotic as the Cell. I’d read that some had even gone so far as to start development for a multiplatform title on the PS3 first before moving on to the Xbox 360 since it was easier than going the other way.

Of course, none of this actually means that Sony will stop using the Cell, or design an updated version of it to use for the PS4. But it’s probably a safe bet that they’ll ask someone else to mass produce it than in doing it themselves.

A More Social and Connected Audience

Whatever Sony is planning to do, you can bet that they still have their eye on reclaiming their former market position as the number one go-to console – something they enjoyed with the PS2’s dominance. Can they get back to that point?

In addition to be able to keep production costs down, Sony also has to think about making it friendlier to developers to quickly code through with tools from the start. On the consumer side, tying in a big launch with solid games to get people excited about hardware again would also help.

Selling it at a reasonable price, though, is also going to be very key, though the PS3 did come packed with several features (wireless, blu-ray) that justified it on a hardware level. Yet on the surface, that was still a hard pill to swallow even among PS2 fanatics.

Exclusives help, but for a majority of titles, aren’t as important as they had been a decade ago in retaining brand loyalty anymore for most consumers. Business models have changed – developers are insisting on being able to sell their product through as many channels as possible to recoup costs and put bread on the table. The draconian licensing agreements of the past have been dying off since the late nineties. Hardware lines are getting blurred and developers are looking for more multiplatform releases to keep down spiraling production costs.

That also makes it more difficult to differentiate one console from the other, at least between the Xbox 360 and the PS3, from the gaming level without resorting to pointless video comparisons or disc swapping jokes. Unless you pare things down to the level of certain exclusives such as Gears of War or Killzone, the Xbox 360 and the PS3 offer relatively the same experiences that even the developers emphasize with their own games that show up on both. The only big exception here is the Wii which hasn’t catered as much to the so-called “hardcore” audience as the other two have.

For example, if you’re a hardcore sports or shooter fan, the Wii doesn’t hold a candle to either the Xbox 360 or the PS3 with its bevy of ‘casual’ titles. Yet it’s only on the Wii that you’ll get Nintendo exclusives such as Super Mario Galaxy which still exemplify the creative legacy of its namesake. To some, that’s enough to vote for it with their dollars.

Sony and its peers will also be facing a market far different than the one they had launched into years ago. It’s not only a question of graphics anymore. It’s social tools, online integration, and services in addition to the unspoken guarantee that it has some kind of edge over the others that can’t be replicated. For many, that might come down to how many of their friends are going to be on a certain platform.

That edge used to belong to a greater number of exclusives and graphics horsepower – two things that have become even harder to distinguish with so many multiplatform releases and a visual baseline whose minute differences fuel fanboy wars.

Sometimes I wish for the old days of Sega and Nintendo battling it out – things were far more clear cut then. Exclusives were based on as much the fact that both houses could make their own games and tie in third-parties into ironclad contracts alongside the hardware horsepower that both were willing to pack into their platforms.

With so much of that gone and with motion controls no longer Nintendo’s exclusive surprise, it’ll be very interesting to see what Nintendo’s Project Cafe, the PS4, and whatever Microsoft may be planning for their own console will do to stand out from their peers. Or breaking our wallets. 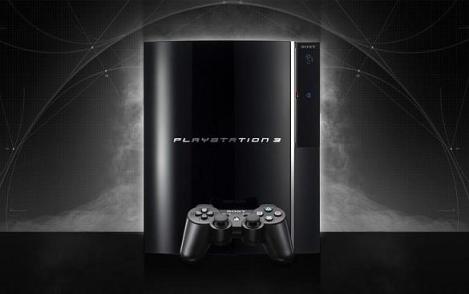